It all started with Creality launching the Ender-3 in 2018, it has been one of the best-known 3d printers by the entire 3D printing community for its low cost, stable print quality, and strong upgradeability. Today, the newest addition to the Ender-3 family, the “Neo” series, continues to bring 3D printing enthusiasts more cost-effective options just like their predecessors. However, a topic that has continued to be pondered among Ender-3 series enthusiasts continues to this day, and that is “Which printer in the Ender-3 series can win the crown of the best entry-level printer？”, and the answer to this question varies with the expansion of the Ender-3 series is constantly changing, such as Ender-3 Pro in 2019 and Ender-3 V2 in 2020. And we will try to give you an answer from the perspective of 2022.

Because of the product positioning of the Ender-3 series (ie, low cost, stable print quality, and strong upgradeability), our judging criteria in this discussion are not simply based on absolute printing quality. In this article, we selected Ender-3, Ender-3 Neo, Ender-3 V2, and Ender-3 V2 Neo from popular products for a detailed comparison, and transformed the upgrades of 3d printers based on Ender-3 into your budget, to evaluate which is the best entry-level printer.

Auto-bed leveling: As the most iconic upgrade of the Neo series, both Ender-3 Neo and Ender-3 V2 Neo are equipped with the CR-Touch upgrade, which can save you the trouble of frequent manual leveling. To prevent the platform from exceeding what can be automatically compensated for, you will still need to manually level the print bed after a few prints. CR-Touch can be purchased in our store for $39.99.

Extruder: As one of the most criticized quality problems of the Ender-3 series, the problem of plastic extrusion clip breaking is a problem encountered by many experienced 3D printing enthusiasts. Today, the Neo series includes a full metal extrusion as a standard upgrade, which means that Neo series owners can say goodbye to the destruction of extrusion clamps that may occur at any time. Ender-3 series can be upgraded to metal extrusion, which can be purchased in our store for $20.

Motherboard: Different from the basic Ender-3, the motherboards used in the new Ender-3 series are basically 32-bit, and the difference between them mainly lies in their drivers. Compared with the A4988 driver, the TMC2208/2209 driver of upgraded silent board greatly reduces the noise generated during use. And the 32-bit motherboard can adapt to more upgrade options, such as CR-Touch, Touch-screen, and laser engraver. But due to the Ender-3 Neo/Ender-3 V2 Neo using the latest variant of the 4.2.2 motherboard and cannot be sold, we equate its estimated price with the original Ender-3 v2 motherboard with similar performance for reference.

Build plate surface: The printing platform is an important part that affects the success rate of printing, and the soft magnet paper of Ender-3 is increasingly unable to meet our printing needs. Under the premise of pursuing the flatness/thermal conductivity of the printing platform to ensure the success rate of printing (glass plate), we are increasingly pursuing the convenience of print release (PEI/PC Spring Steel Magnetic). In the case of automatic leveling being installed, using different printing platforms can both have a high printing success rate. And Ender-3s rarely encounter the problem of difficult release (if your model does not peel off, you may want to wait a few minutes for the hotbed to cool). Therefore, the experience of using these upgraded printing platforms is generally great, and different groups of people will choose printing platforms according to their personal experience tendencies. Carborundum Glass/PEI/PC Spring Steel Magnetic are available in our store.

After comparing the upgrade price/performance ratio of each machine, we found that the Ender-3 Neo is the best entry-level Ender-3 at present, and the Ender-3 V2 ($235) and Ender-3 V2 Neo are also good choices. As far as the novice experience is concerned, the CR-touch, reliable and durable print platforms, and a durable all-metal extrusion will greatly prevent the starter from the frustration of printing failures. With a budget of $219, buying a printer with the above features is quite hard in the past. Of course, there are many other options for the best entry-level 3d printers, such as Ender-3 S1, Ender-2 Pro, etc., but they are not discussed due to their functionalities and structural differences. If you have more opinions on the above machines, please leave a comment to discuss.

If you may want to learn more about Ender-3 Neo, check out this review below: 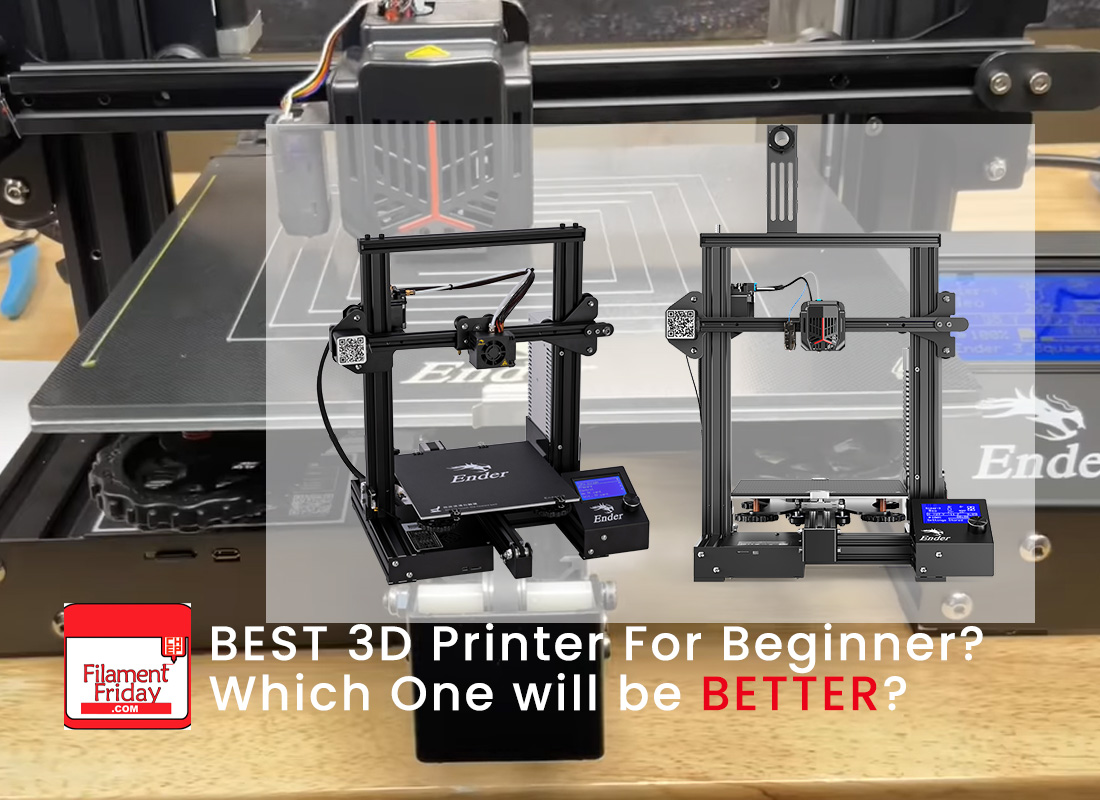 What makes the Ender-3 Neo the best beginner 3d printer?

Which printer in the Ender-3 series can win the crown of the best entry-level printer？ In this article, we will try to give you an answer from the perspective of 2022.